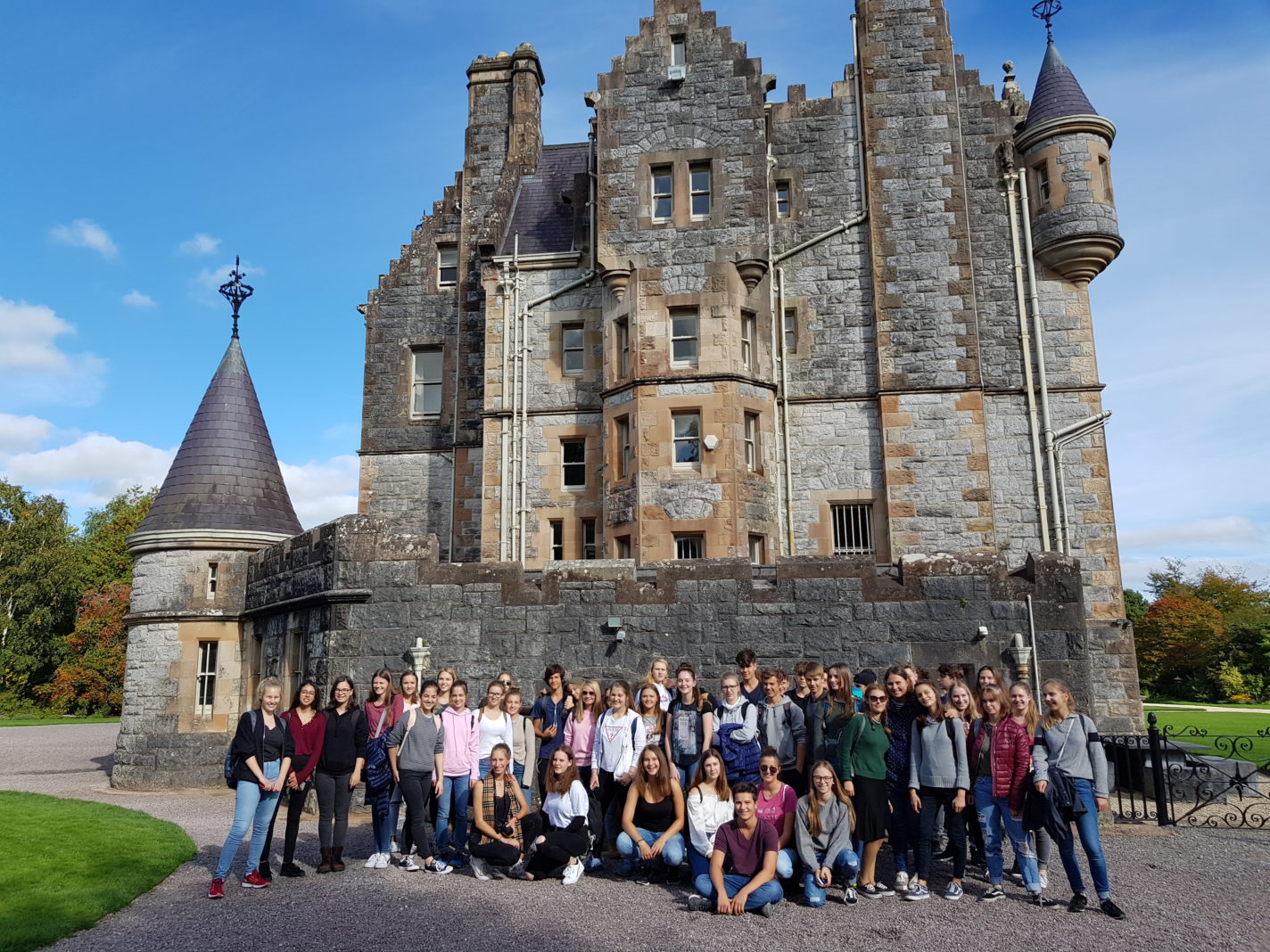 Our journey started on a Saturday morning at the airport in Graz, from where we took a flight to Dublin with a layover in Frankfurt. After a long day of travelling and a 3-hour bus ride to Carrigaline, which is surrounded by green fields, we were welcomed and taken home by our host families.

The following six days we took an English course at the H2 Academy where we improved our English by doing fun activities, like playing games and having discussions. Apart from the 4 hours we spent in school, there was a special excursion planned each day.  A trip to Blarney Castle, an Irish dancing class, a tour around Cork, a Gaelic sports class, a trip to Charles Fort and Kinsale, where we got to see some breathtaking cliffs and a visit to the Titanic Museum made this experience unique and unforgettable.

After saying our last goodbyes to our host families, we had a 3-hour bus ride from Carrigaline back to Dublin, where we spent our final day. After a guided tour through the city we had lots of free time, so most of us went shopping, visited the Whiskey Museum, or watched talented street artists perform.

In the early morning of the next day we took the plane to Frankfurt, but unfortunately the plane to Graz had technical difficulties, so the flight was cancelled. Since our luggage had already been checked in, we had to spend an extra night at a hotel in Frankfurt without any of our personal belongings.

As you can imagine most people were really excited when our plane finally arrived in Austria the next day. It could be said that we had a week full of action, fun and new experiences. Some of us are already talking about going back to Ireland one day.

Last but not least, I want to thank our teachers Mrs Katschnig, Mrs Gehrke and Mr Klamminger, who made the trip possible.